A Quick Addendum to Theme 2: Making it More Complicated

That said, I hold to my core point: most businesses could benefit by pulling out that chart and answering three simple questions,

“What price do we charge customers?”
“What is their willingness to pay (WTP)?”
“What are our costs?”

Then they could ask the forward looking questions: “How can we raise the willingness to pay for customers?” or “How can we lower our costs?” In short, how do we create a competitive advantage derived by creating value, not capturing it?

Real life, unfortunately, is never that simple. That simple chart gets complicated. Really quickly. Here are some ways. 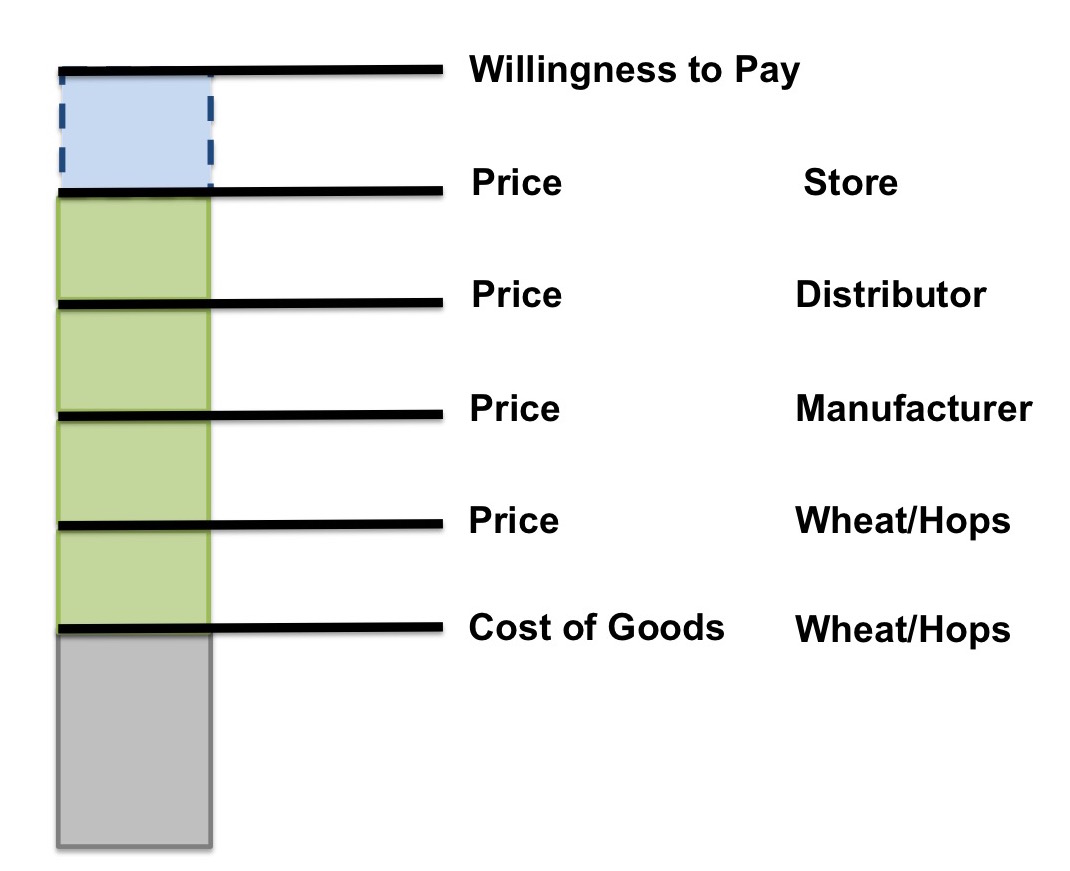 One time transactions versus relationships

Of course, I don’t just go into the story to buy beer once, I go in regularly. (Not that often. Well, maybe.) For customers, regular trips like this can develop habits or a sensitivity to the changes in the price. So I could choose to measure the WTP/Price/Costs as one time events, or over the course of a month, or over a year or even longer. That’s a great way to make something simple complicated.

For example, say you lower the price of a good, which causes a customer to buy it more frequently or larger quantities. In other words, this chart looks like a single transaction, where profits went down, but they would go up with increased iterations. Of course, a customer could just stock up on items and store them, which means you did lose value, but the customer gained in consumer surplus. This is an age old challenge in “consumer packaged goods” that can offer regular discounts.  Like I said, it gets complicated quickly.

This biggest ramification for this for entertainment is evaluating subscription services. Analyzing MoviePass last week, I focused on the per month value chain. Arguably, MoviePass could consider their relationships annually, so they look at it on that basis. Maybe any given month is a bad deal, but over a year it saves you money. Or take HBO, I subscribe for a year, usually, but the biggest TV show by far that I devour is Game of Thrones. Is a year subscription worth that one show? Maybe, so being too lazy to aggressively cancel isn’t that bad of a deal, overall.

I hate averages. Telling me the average almost never tells me anything useful about a data set. Take height: most men are five foot eight inches tall. Is everyone clustered around that point, or are there outliers? (Maybe an excellent explainer on this next week.)

Same with movie box office grosses. Chart it next to height and they look completely different. One is logarithmic and one is normally distributed.

So the value creation chart is basically the averages, especially for WTP. To extend the beer analogy, some people would pay a lot for a very bitter IPA, other people would pay a little more, many wouldn’t pay anything. And even among the people who would pay for it they have different values attached to the IPA. You can’t really summarize this as one number, though that’s exactly what I did.

When in doubt, use distributions, even with value creation. Understand who gains the most and try to emphasize that, but don’t stop with the averages.

You can’t measure parts of the chain

Especially “willingness to pay”, which is an imaginary value. How do you measure imaginary? Well you have to guess, and there are complicated and often unreliable ways to do that. (The worst way? Ask someone what they would pay for something. That never works.) The most reliable way is a conjoint analysis, but even that can get unwieldy with too small a sample size.

Streaming services are bedeviled by this problem, especially when they have to figure out what consumers actually love on their platform. Is it Stranger Things? Or GLOW? Or both, in some combination? Or is it actually the Disney movies, but the other shows are filler? That’s an epically tough problem to sort out.

Costs can be tricky

The “costs of goods sold” can be difficult to allocate. Especially for support functions that don’t directly tie to a good. Allocating the value correctly can be the difference—in a big conglomeration—between profitability or loss. Right now, content costs and how companies allocate those costs versus the prices customers pay is the biggest accounting/economics/finance question in the industry. Getting that answer right could determine he future of entertainment, for good or ill. 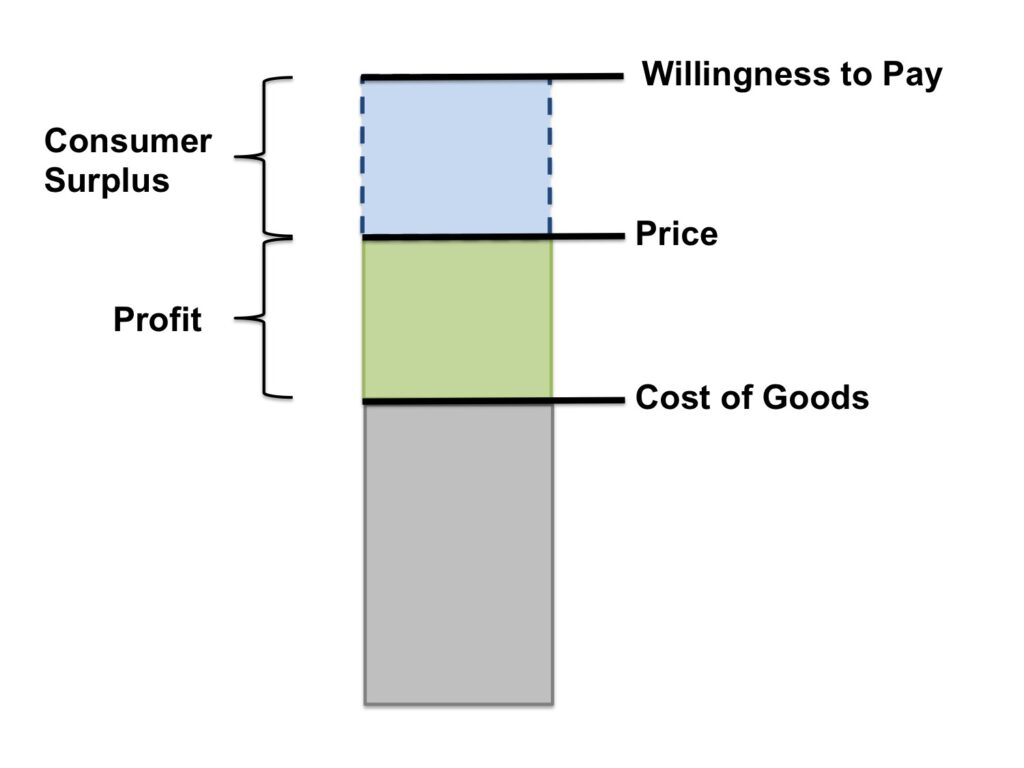