Apple+ and The Case of the Missing Content Library

Last week, I tried to solve the mystery of who killed Game of Thrones. Well, throw on the trenchcoat and Fedora because I have another mystery. This time a missing person, er, library.

My theory of the case is pretty simple:

It is BANANAS to launch a streaming platform–and charge $10 a month for it–without library content.

It might be unprecedented. We’ve had subscription services launch without original content. (Netflix, Hulu and Prime Video in the early days; some movie platforms too.) But we’ve never had a service launch the opposite way. All originals–and not even that many–but no library? Truly, Apple is zagging while others zig.

But as much of a fan as I am of zagging, sometimes you can zag off a cliff. To explain, let’s retell the history of why companies have used library content.

Going back to the dawn of television–we’re talking broadcast here–you had to have something on your channel at all times. Especially in the hours after work. If people turned on the TV, they expected to see something. As the medium matured, the broadcast networks controlled the primetime hours, but the local stations controlled the other hours. Local news was a cheap way to add value, but even then you couldn’t do all local news. So you bought old TV programs and reran them. This was cheaper than making your own shows, but still kept people on your channel.

As the cable bundle turned out to be really valuable, everyone wanted their own cable channels. These channels started as a low-cost proposition of buying old movies and TV series. It was only after years of programming like this that the cable channels eventually turned to premium scripted fare. AMC is the classic example here. Start with classic movies–which are dirt cheap–then move up the value chain. As Jack Donaghy said about another channel, “I remember when Bravo used to air operas.”

In a weird twist, in the last two decades new broadcasters have emerged. Same low cost business plan. Leveraging must carry rules, broadcasters like Ion TV (launched 1998, rebranded 2007) and MeTV (launched 2005), are basically all old TV series and some films. Again, the goal is to just get some tune in in the cheapest way possible. (For the TV series, their syndication costs are super low after many previous runs.)

The streamers basically repeated this plan. Netflix and Amazon Prime Video started with old TV series and movies. Then they moved to newer movies and newer TV series and eventually started making their own. But in the beginning, the goal was eyeballs cheaply. Which meant library content.

In each case, the logic is the same. You have the “bangers”–to steal from the British EDM scene–to get people in the door. That’s Pay 1 movies and new TV series. But to keep people watching, you need a huge volume of cheap content people already like. In short, library content provides “bang for buck”.

So what could Apple be thinking? If they weren’t charging for these shows, I’d understand. But they may charge $10 a month for it. (More on that number later.) So I have a ton of conjectures.

Theory 1: Customers have to have a subscription to get channels.

This would be my guess if I knew it weren’t already false. Essentially, Apple+ will be a “tax” folks pay to use Apple Channels. This would resemble Amazon’s approach. You can’t use Amazon Channels if you aren’t already a Prime member. So Prime Video acts as a basis of content to the Amazon Channels line up. (Of course, Prime is 94% about free shipping, but don’t tell them that.) Looking at Apple’s website, this doesn’t seem to be the case. Moving on.

Everyone seems to be assuming that Apple will offer a new bundle where the Apple+ is just added on. If you already pay for Apple Music at $10 a month and Apple News for another $10, well add on Apple+ for the whole thing for $5. Except, $5 is still too much if you don’t watch any of the new shows. Again, library content would help the bundle too. So this doesn’t explain why they don’t have any library content either. Next option.

Theory 3: They needed a library right when it got expensive.

I think at the start of 2018, a streamer could have assumed that content libraries would still be available for the right price in 2019. And Apple has been planning this launch since at least then. But then the Friends kerfluffle happened and Disney pulled all its content from Netflix and NBC is pulling all of its content. Yikes! All the content is gone, right when Apple needed a content library,. If you can’t buy a content library, well the other option is…

Theory 4: M&A is expensive, AND they don’t want it.

…buying a studio. If you bought Sony, they’d have to give you their content library. MGM or Lionsgate would be other options. Why make your number 2 a deal guy if you don’t plan to do more M&A? So why haven’t they?

Despite breathless proclamations about tech behemoths buying studios like Sony or Fox or Lionsgate or whoever, most of those tech executives have seen the history of studio acquisitions. You buy a studio to get content (cough Sony cough) and regret it within the year. AT&T and Disney may have both just overpaid to buy studios too. Why buy a studio with all the baggage and extra headcount when you can just build your own studio? Apple made it’s number a deal guy, but yet we haven’t seen any M&A. Maybe they planned to, but just couldn’t find the right deal at the right price.

And they likely said, “You know what, we can just do it ourselves!” Amazon and Netflix are.

I don’t quite buy the “buying a studio” is a worse deal than “building it”. And I have a bias towards building where possible. The challenge is speed. It turns out making TV shows is tough. Especially to do it well, on time and on budget. I’ve heard Apple has had trouble doing all three. And then going from zero shows to hundreds is even harder. So the “building a studio from scratch” plan seems much harder to execute in real life than on paper. (I should write more on this right?)

At the end of the day, the two numbers released this week don’t make sense. You can either launch a free TV service to bring people in, but then you can’t afford $6 billion in content spend. Or you can spend $6 billion on content, but you desperately need a library. One explanation is that both these numbers are wrong–which to credit reporting press–I’ve seen several arguments for that. Dylan Byers, for example, threw cold water on both numbers. So as long as we’re doubting all the anonymous numbers, let’s doubt teh whole thing.

Theory 5: There will be library content, they just haven’t announced it yet since it isn’t buzzy.

That’s actually a pretty reasonable theory, at which point just ignore this column.

Hey there! Last week CBS and Viacom; this week Hasbro buys Entertainment One! The M&A tidal wave truly is rolling into town. Though, to show again how wrong those predictions about the M&A tidal wave were, here’s ANOTHER look into how M&A in entertainment peaked, if anything, four or five years ago.

On to this deal specifically. It probably says more about the toy industry than it does the film or TV industry. Toys have been squeezed for a couple of different reasons–not all technological, though that hasn’t helped–and the safe harbor under pressure has been licensed toys, which sell better with brand recognition. As a result, all the toy companies have been trying to launch their own IP, to varying levels of success. Hasbro basically bought the best free agent available. What comes next? Probably not too much. Despite rumors every so often, I don’t think Disney wants or can afford to buy a toy company. Mattel neither.

The Big Bang Theory and Two and a Half Men Going to HBO Max; Seinfeld is Next

As if to contradict my section on how library content is cheaper, here comes the headlines that Big Bang Theory, Two and a Half Men, and Seinfeld are all looking at huge streaming rights deals. On the surface, that looks much more expensive than making originals!

The key is how you count it. Overall, yeah a billion dollars is a lot. But for The Big Bang Theory, you get 279 episodes. Two and a Half Men 262. So that works out to $2.7 million per episode. Can you make an episode of TV on a streamer for that much? Nope, and especially not if the costs are amortized over several years. Again, library content has value.

Syfy Cancels two Warner Bros (DC) Series…What do they do next?

Meanwhile, in the “this is why you only buy shows who your own company makes”, Syfy cancelled two more co-productions, this time with DC. Despite all the talk about content arms dealers–by me too!–it makes your series the first on the chopping block when ratings drop.

The tough part of launching an American streaming platform internationally is not launching in the UK, Australia or Canada. Yes, they are unique markets, but if the language is the same, well most of the rest of the business falls in line from there. (Same with taste in content.)

When Disney revealed–honestly, I just saw this being reported and cannot figure out the origin–that it is launching globally in English-spekaing countries, that makes sense. The tough part is when they start launching in other territories with other demands. (Say when a language is read right-to-left instead of left-to-right. That’s a UX challenge.)

(I also saw the news on what platforms Disney+ is launching. Let’s hold that discussion for a week.)

So there was a lot of other entertainment news, but my rule of thumb is that the stories in this column need to impact the business side. And a few very buzzy stories didn’t meet that bar. (And a few didn’t even meet the bar to make it in the column.)

Spider-Man is not in the MCU anymore. Does that crush either studio? Probably not.

Ann Sarnoff started work at Warner Bros studio. She’s got some work ahead of her, but sort of like my anonymous CEO in my CBS column this week, she’s going to make movies right?

All the business press is talking incessantly about recession worries, so the long read of the week may as well tackle it too. From the entertainment perspective. Variety has the best coverage. I’ll give the caution, though, that when it comes to economic downturns, they are kind of like a retreat in the military. Sure, you know the general gist of what is happening–economy shrinking, troops falling back–but the specifics can be wildly different. Which makes predicting/forecasting really, really hard.

Listen of the Week – Strictly Business on Walden Media

I enjoyed the Strictly Business podcast interview with Walden Media head Frank Smith from a few weeks back. His focus on brand is really admirable for the entertainment industry. As a bonus, he talks about how his company will keep pursuing first look deals and how box office (top line) doesn’t tell the whole profit story (bottom line.)

NPR’s Planet Money newsletter on the value of summer vacation–while debunking the myth for why in started in the first place–is a good read. 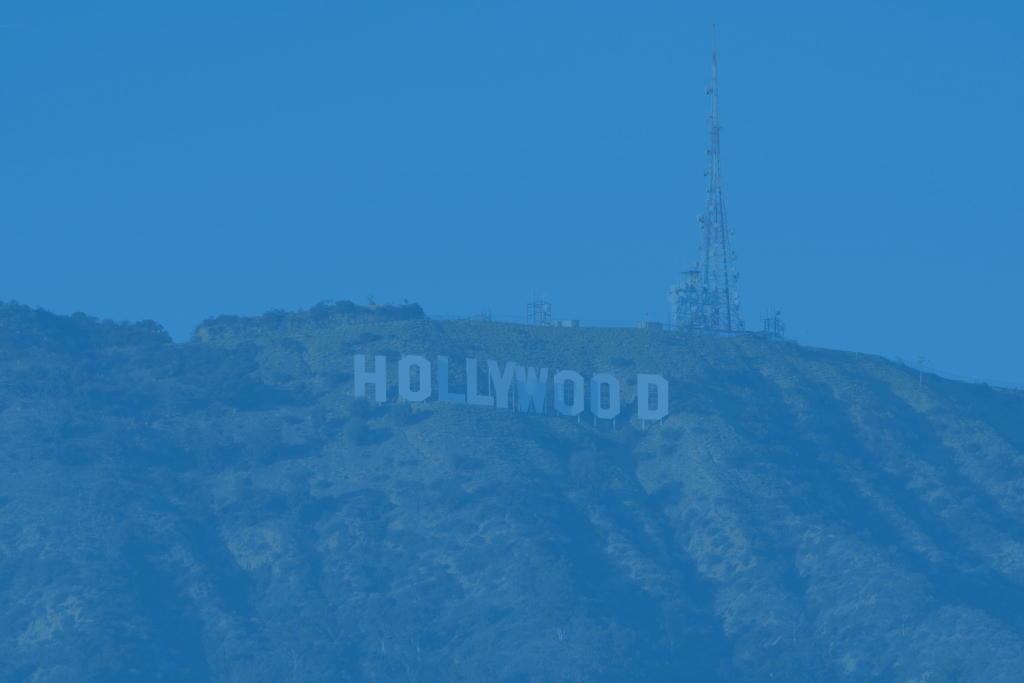 PrevPreviousIt’s Not The Size of the Merger That Counts, but How You Use It
NextThe Rain in Spain is StreamingNext